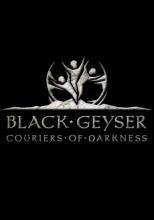 Chaos and despair spread throughout the Kingdom of Isilmerald. Its desperate people cry out, praying to the gods for help. But the force they face is no mere plague of the undead, or demonic attackâ€¦ Something far more sinister, far more primal is afoot. Avarice!

From high-born to low, greed is infecting the land. Law and order is quickly collapsing as everyday citizens turn outlaw, attacking anyone unfortunate to cross their pathâ€¦ all for a few more gold coins. Can you resist the temptation?

Black Geyser: Couriers of Darkness is an isometric, party and XP based, real-time RPG set in the world of Yerengal. A game that combines immersive graphics and brand-new features with virtues of the classic RPGs we all loved! Solve mysteries, fight epic battles, help beggars and kings alike, outwit swindlers and gods, and never forget: greed has many forms and many names!

If you favor spells and magic, play the Cleric, Druid, Shaman, Necromancer, Wintermage or Spellweaver. Each class has unique skills and spells you haven't seen in any other RPG.

For those with more subtle tastes, thieves have been rejuvenated with new skills and abilities like Plant item. With this skillâ€”the â€œoppositeâ€ of stealingâ€”you can hide items in the clothing of others! Silently apply poison to a guard's skin, or if you prefer hide stolen jewelry in his pockets to stir the pot. If cunning and stealth are your favor, play the Thief or Swindler and be the devious puppet master in Isilmerald!

If theft and magic are not to your liking and you prefer a more direct approach, Fighter, Templar and Highlander are available for your choosing. Slay your enemies face-to-face with high martial proficiency or raw brute strength.

Unique skills for each character class

Original skills such as the thief skill, Plant Item
Special (magical) abilities for all classes
Innovative, unique spells such as Adaptive Shapeshift
Brewing and drying mechanics to create potions and powders

Any game that draws its inspiration from the Infinity Engine series, has an immediately recognizable isometric viewpoint, and...

GrapeOcean Technologies’ isometric party-based RPG Black Geyser: Couriers of Darkness is just about ready to launch into be...

The backer beta for GrapeOcean Technologies’ fantasy CRPG Black Geyser: Couriers of Darkness was supposed to go live in a f...

GrapeOcean Technologies' Infinity Engine-inspired RPG Black Geyser: Couriers of Darkness was supposed to be getting its Backe...

Black Geyser: Couriers of Darkness Update #33 - A Second Look at the Beta

Black Geyser: Couriers of Darkness has five days left in its Kickstarter campaign, with most of its stretch goals already ach...

If you're interested in Infinity Engine-styled CRPGs, and you probably are, you'll be pleased to know that GrapeOcean Technol...

Remember when we told you about GrapeOcean Technologies' party-based and Infinity Engine-inspired CRPG Black Geyser: Couriers...

Just when you thought you didn't have any more money left for crowd-funding ventures, another indie-developed, party-based RP...